An intermediate new version of both SafetyBarrierManager and SafetyBarrierViewer has been issued. Apart from  some bugfixes, the following improvements have been included:

The “New Project” button now leads the user through an intuitive process of starting a new project. The new project is either based on a template, an existing project or built completely from scratch. The installation file contains about 4 templates. All the necessary steps are prompted, so that the user quickly and smoothly arrives at the point where one can “draw barriers”. The Help file is updated accordingly.

The program now can use input files with specific extensions: “.sbmx” for project files, and “.sbmt” for template files. These file types are associated with the SafetyBarrierManager program, and have their own icons:

Double clicking such a file in the Windows file explorer will start the program and open the selected file.

Input to AND gate

The program did not allow more than one input of type “event” (characterized by an expected frequency of occurrence) as input to a logical “AND” gate. This is too restrictive: if events originate from the same precursor event, this should be allowed, and this has now been implemented in the new version. So the following construction is now possible:

Of course, this diagram is logically equivalent with:

But sometimes one wants to collect the alternative outputs of a scenario, and the first diagram can be split into two diagrams at the events “B1 passed” and “B2 Passed”. The help file explains the requirements for AND and OR gates. 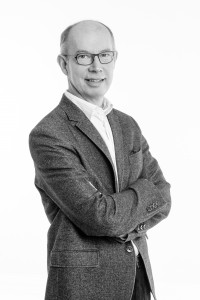